Donuts To Die For 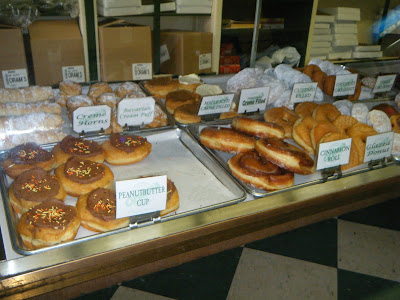 It is my personal opinion that Oram's Donuts, located in Beaver Falls, PA, makes THE best donuts and cinnamon rolls! 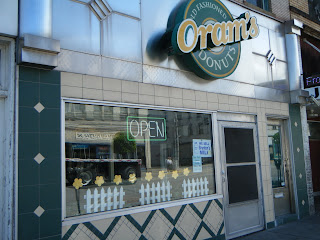 William and Lilliam Oram opened their donut shop in 1938. They knew they had a great recipe for donuts and the success of the store proved it! People would drive from miles around just to get a taste of these yummy little treasures. 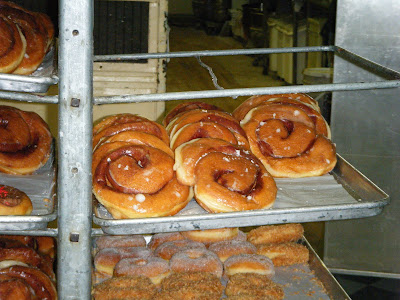 In fact, loyal customers today, will still go out of their way on a Friday morning to pick up cinnamon rolls for work. Coffee breaks in Beaver County are just a little big longer and a little bit sweeter when these freshly baked, soft rolls, show up in their break room. 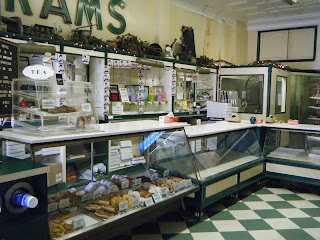 As you can see by their display case, Oram's has never claimed to have a large variety of donuts. I think that is one of their cornerstones of success: making a few recipes and making them well with quality ingredients and attention to detail.


William and Lillian's foster son Tom Bradshaw took over the business in 1960. Fast forward to May 1995, Tom unfortunately had to close up shop due to an illness. The store along with it's original recipes, was sold to Jon and Vickie George reopening just 3 months later. Customers were thrilled to see Oram's back in business, and producing the same great donuts they had come to love for generations. 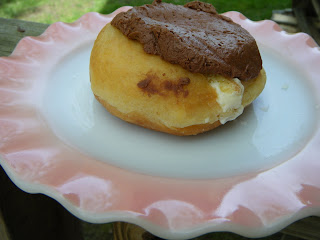 My personal favorite is their chocolate topped, cream filled donut. With a wallop of chocolate frosting "shmeared" (not a typo) on top and a heavenly cloud of sweet cream hiding inside, it can take me to places far above the tree tops! If you've never had an Oram's donut, I suggest you get in your car and go. Now! Go early in the day. It's not unusual for them to sell out! They are not open on Sundays and that is nice to see in this day and age! Hours are Mon thru Sat 5 am to 2 pm, and of course, closed on Sundays.