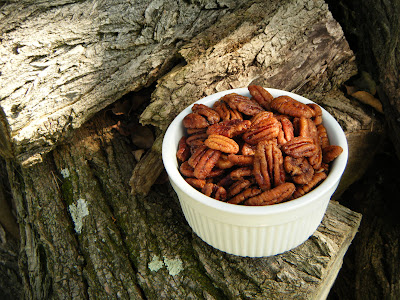 Who likes pecans?
"I DO, I DO!!"
I think we all do!
Boy, have I got a treat for you!
If you also like vanilla, cinnamon, nutmeg, allspice, salt and pepper, then you'll definately LOVE this recipe!

Mark my words, you won't be sorry!

I'll bet you have all of the ingredients in your pantry right now...except maybe the pecans. So.....go to your grocery list and write down 1 POUND BAG PECAN HALVES.
Since you're making a list...here's the ingredients..make sure ya got everything!
-pecans, white sugar, butter, corn syrup, vanilla extract, salt and pepper, cinnamon, nutmeg and allspice. 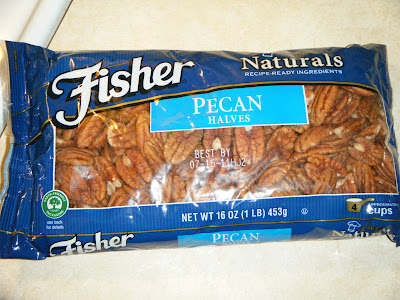 Now, keep in mind, they will cost you about $7.00, but...this snack will last you about a week or so if you nibble on them from time to time. A handful here, a handful there...trust me, you won't be able to stop!

***Keep one thing in mind, the prep for these pecans must marinate overnight so think about that if you are planning to make these for a special occasion. Or if you start them early in the morning you could feasibly roast them later that night.

In a large pot, boil 6 cups water. Then, add the pecans and boil them for exactly one minute. 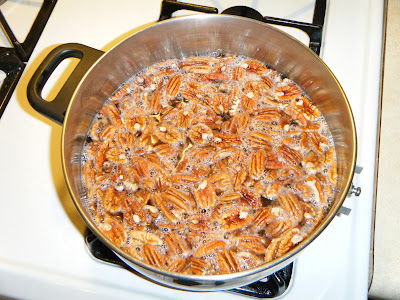 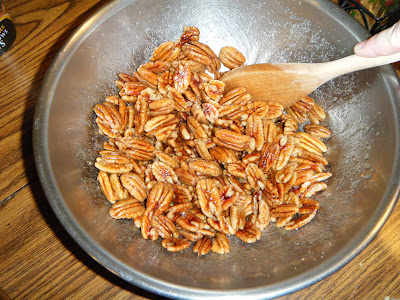 Cover pecans and let sit for 12 to 24 hours. I usually put my pecans in a large ziplock type bag and leave right on the kitchen counter overnight. 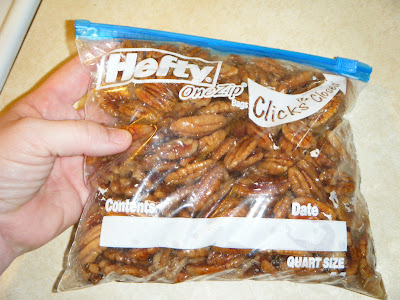 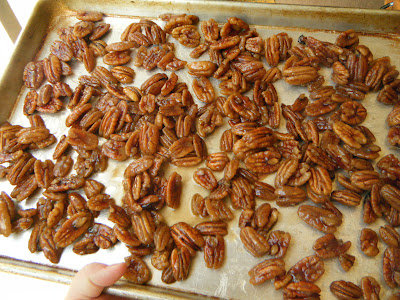 Roast in 325 degree oven for 30 minutes, stirring every 5 minutes. 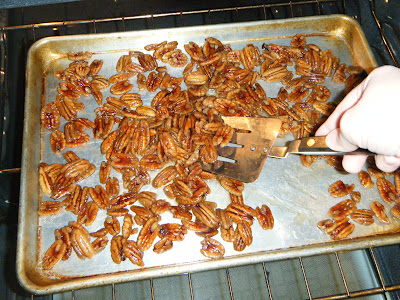 This is an important step. To keep track of the 5 minute increments, I set my timer for 5 minutes at a time and leave a piece of paper and pen next to the stove to make a check mark for each time I stirred the pecans. 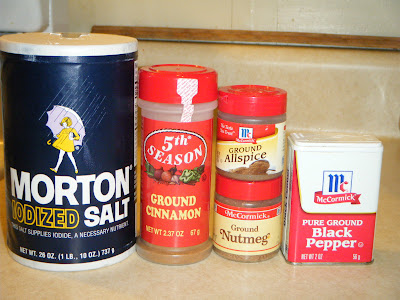 After roasting pecans, immediately toss pecans in a large bowl with the spice mixture. 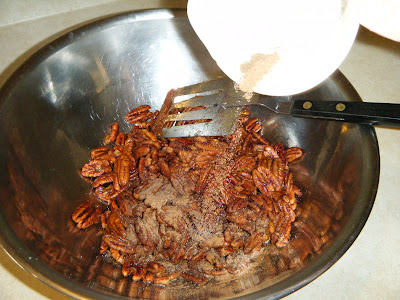 Spread pecans on aluminum foil or a clean baking tray to cool. 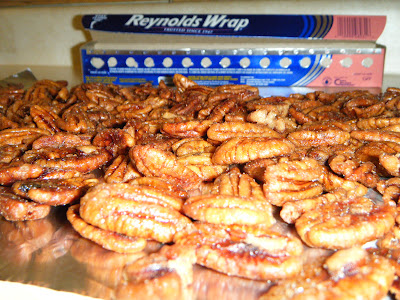 Once cool, store in an airtight container. 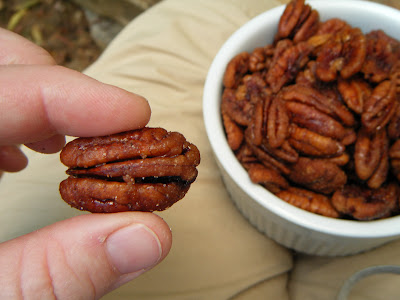