my father's story, Part one

Today I'm taking a break from the usual posts of recipes and the daily happenings in and around my house. I have decided to write about my father's life because I think it is quite interesting. Well, of course, his values and morals and life experiences have had an impact on how I turned out. My Dad is 75 years old and I am still learning from him. I love my Dad...and here is his story.

August of 1936, my father became an orphan shortly after he was born. His mother died from complications from child birth. She had lost a lot of blood and tragically died before ever seeing or holding her newborn son. His father left and never had contact with him again. Such a sad way to come into life.

Here is a photo of my Dad's mother when she graduated high school. It is the only picture we have of her. 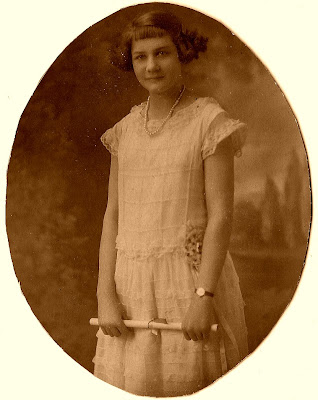 Pittsburgh, Pennsylvania...my father's Aunt and Uncle and Grandmother, on his mother's side, took him in and cared for him from birth. His Aunt and Uncle also had children of their own. They all lived together in the same house until he was 5 years old. 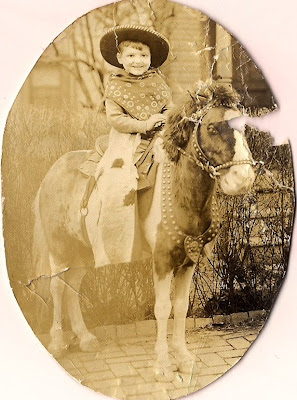 One day, he and his Grandmother moved out of the house and into their own apartment. They lived in a building that housed 3 families and there was only one bathroom that all the families had to share. He remembers there was no hot running water. In fact, he never had hot running water until he was 10 years old. His Grandmother used to heat water in a big pot and pour it into the tub. She would then take a pot of cold water and add it to the tub to make the water temperature just right.

Struggling through The Great Depression during World War II, he and his Grandmother were very poor and lived on welfare for years. His Grandmother worked every Thursday. She would ride a street car, (trolley) to work where she ironed clothes for a woman and earned $2 dollars week. During the war everything was rationed. They received pressed cardboard coins that were colored red and green; these were used to buy things like butter and meat. One could also purchase gasoline with the coins.

My Dad told me about the street vendors that worked the neighborhoods. He remembers the ice man would come every day. My Dad would hang a sign in the window to let him know how much ice they needed. One side of the sign said 1 lb., 25 lb. and 50 lb. They other side of the sign said 75 lb. and 100 lb. Depending on what they wanted, he would rotate the sign to designate the pounds they needed. The ice man would use giant tongs to clutch the chunk of ice and carry it into their apartment. The icebox was used to keep food cool so it wouldn't spoil. The ice went on top and it would slowly melt and drip down into a pan that he would empty once or twice a day.

There were other colorful street vendors in the neighborhood as well. He remembers a man that would sharpen knives and scissors on a big wheel. Another man used to come around and fix umbrellas...can you imagine that? One vendor had a wooden cart that he pushed around calling out "rags, old iron...rags, old iron". People would bring out their rags and scrap iron instead of throwing it away. The man would then take the rags and iron and sell it for money.

As everyone knows, times were tough back in the early 1940's, and my father began doing what he could to earn money as well. At age 8, he used to pull a little wagon through the neighborhood and he too, would collect people's old rags as well as their newspapers. He would sell them to a junkyard for money. He was able to earn 15 to 20 cents for 100 lbs. of scrap newspapers and the rags.

Life continued on until my father was 13 years old. His Uncle had made the decision that he should be placed in an orphanage on the assumption that he was too much for his grandmother to handle. Of course, we don't have all the details and facts to this story, but this is all that my father remembers. Much to my father's disappointment, he was shipped off to Hershey Farm Orphanage for boys. He was unhappy there and felt very lonely. I can only imagine how sad he felt. Can you imagine being uprooted from the only life you know, from a Grandmother that loves you, to being thrown in an orphanage?