Wow! I was pleasantly surprised when I woke up this morning! The kids, along with Stan's help, brought me Mother's Day breakfast in bed. Everything was so delicious...eggs, bacon, sausage, waffles with whipped cream and maple syrup, a donut, coffee and orange juice. HOLY COW! Can you believe it, I ate it all!! I was really impressed! Thank you sooo much guys!! 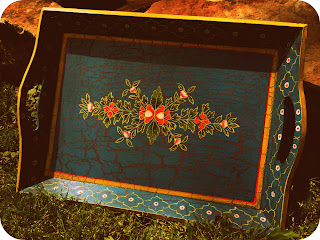 I don't have a picture of the food that the kids brought me, but here is the loverly tray they used to bring me breakfast. I even said to them "Oh my gosh! Did you take a picture! It's so beautiful!" Anyhow, I wasn't about to ask them to run and get my camera! They put up with enough photo taking as it is!! 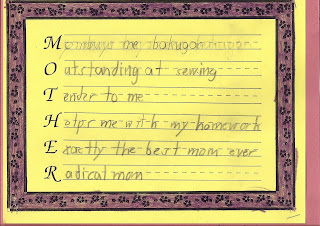 Easton made this sweet little sentiment in school. I LOVE the projects they do in school! Easton told me that for the letter "O", he had written "opposite of stupid". Hilarious! But...the teacher said "hmmmm, no." He told me "well, you are the opposite of stupid! You're smart!" Thanks Easton! 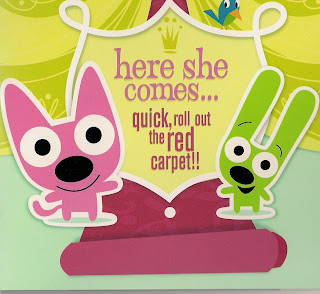 Here's the card Everest gave me. When you open it, there is a little recording inside that says: 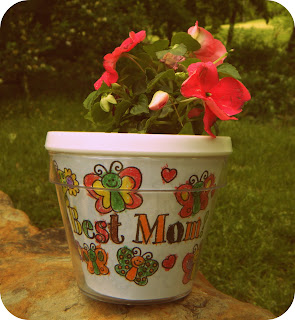 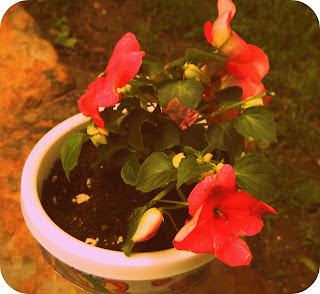 with some pretty little flowers

tucked inside a cute little white lunch bag. This was also made at school. 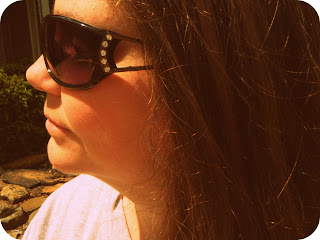 Everest gave me a new pair of sunglasses 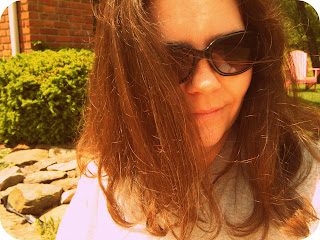 for my trip to Florida next weekend. 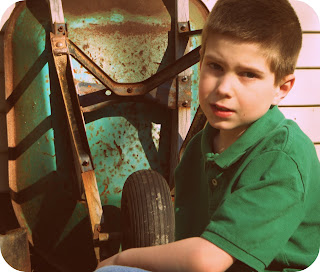 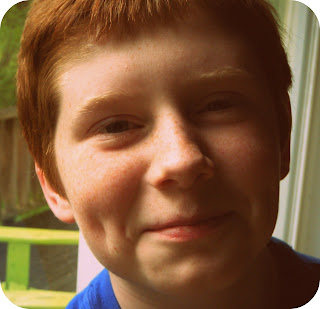 It was a good Mother's Day!

Posted by Bonnie No comments: