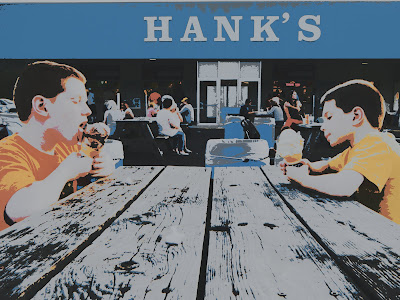 I had a hankering for ice cream the other day! We went to a local favorite called Hank's. Hank's sells frozen custard and Mexican food. Yes! I know! What a strange combination! Who knows!?!?! Well, I looked up their website. Turns out the original owner used to sell hot dogs and hamburgers, as well as frozen custard, but some time in the 70's he switched over to Mexican food. The new owner has kept the tradition..and so the Mexican food lives on. This was only my second time at Hank's. I think I may have went there once about 20 years ago. I was really looking forward to trying their frozen custard, which really tastes just like ice cream to me! Anyhow, I was pleasantly surprised. It was delicious! The service was fast and friendly..the place was clean..and lots of customers! (a good sign). My oldest son got two scoops of "death by chocolate", my youngest son got two scoops of "cookie dough" and.. 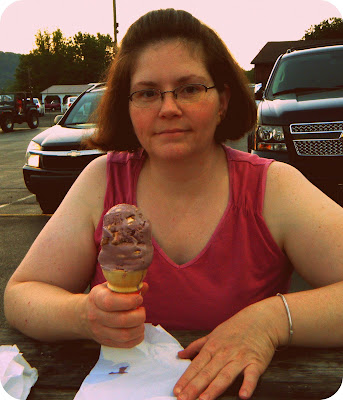 I got two scoops of "black raspberry cheesecake". It was sooo good..it even had chunks of cheesecake in it!


My husband and I both tried the soft tacos. 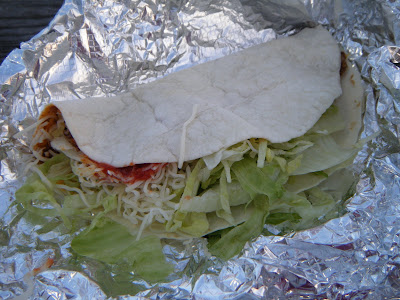 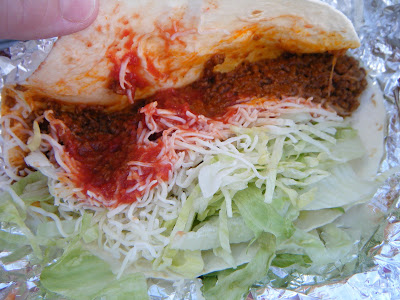 I thought they were pretty good. My husband thought they were "okay". At any rate, I would definitely eat the tacos again. They were very fresh! All of the Mexican food is homemade, which is a welcome surprise in this day and age where everything is usually processed and frozen. The photo I posted at the beginning of this post was altered on Picnik.com...I used the "posterize" effect. I love it. It could be an advertisement for Hank's. Maybe I should email the pic to the owner!
Posted by Bonnie 4 comments: